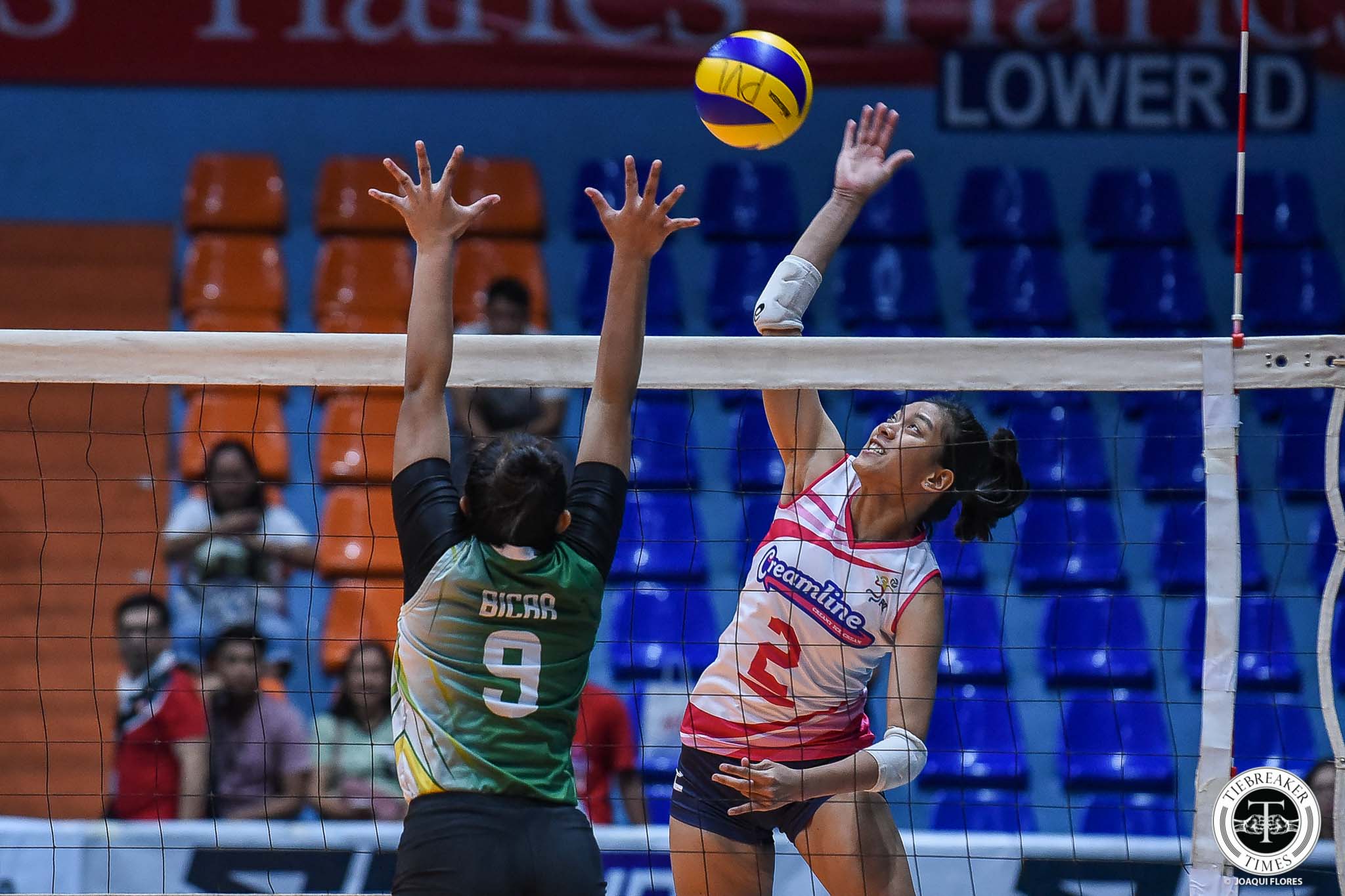 Coming off a three-set defeat at the hands of Petro Gazz on opening day, the Creamline Cool Smashers were quick to recover, dropping the Pacific Town–Army Lady Troopers in three quick sets, 25-21, 25-16, 25-18, Wednesday at the FilOil Flying V Centre in San Juan City.

Assistant coach Ed Ortega called the shots for the Cool Smashers after it was reported that head coach Li Hanning was let go yesterday.

The momentum was frenetic during the onset of the match. When the Cool Smashers seemed to have a jump on things, the Lady Troopers would always claw back to keep it interesting.

Creamline, however, always had the finishing kick to nab the first and second sets. It didn’t surprise coach Ortega, who admitted that they tweaked the rotation on top of their usual pre-game preparation.

With a win in sight, the Cool Smashers broke the game wide open. As Army kept struggling with their reception in the third set, Creamline exploited the Lady Troopers’ glaring weakness. They erected a 15-7 lead courtesy of a kill by Alyssa Valdez, who went down with an ankle sprain in the second set of the Creamline-Petro Gazz tiff last Sunday.

Down 8-17, the Lady Troopers staged one last comeback to knock within four, 14-18. But Thai import Kuttika Kaewpin restored order for Creamline, before Valdez slammed the door shut for their first win of the season.

Valdez confided during post-game interview that she still feels pain in her left ankle. Still, she finished with 12 points, four of which came from the service area.

On the other hand, Jordan Jenelle was the only Lady Trooper in twin-digit territory with 10 points.

Creamline look to make it back-to-back as they face the BanKo Perlas Spikers on Sunday, June 2 at the same venue. Meanwhile, Pacific Town-Army try to get back on track versus newcomer Motolite on Saturday, June 1, also at the same venue.