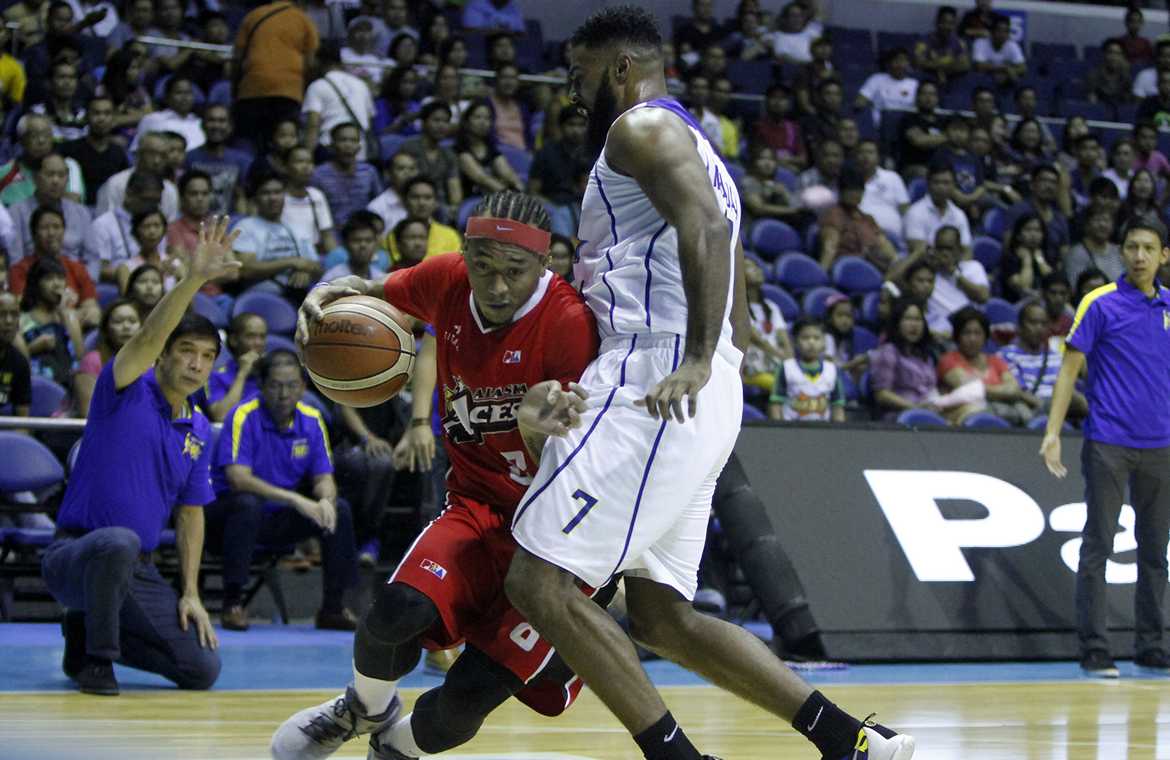 As close as the first two games of this quarters series was, the deciding game went entirely the way of the Alaska Aces, as they complete the PBA Commissioner’s semis cast with a 99-81 blowout, eliminating the Talk ‘N Text Tropang Texters held at the Araneta Coliseum on Friday.

During the first half of the match, the game was close for both teams on a back-and-forth exchange. After the first 12 minutes, Ranidel De Ocampo tied the game at 21. Slowly but surely, the Aces managed to pull away and keep the Texters at bay, with Robert Dozier carrying his team to the advantage.

As things got physical in the second quarter, David Simon and Ryan Reyes were called for a tech and unsportsmanlike foul, which the Aces used to their advantage. Alaska gathered a 22-7 closeout in the first half, notwithstanding four triples by Larry Fonacier. Eric Menk also came up big in the latter stretch of the second quarter, as the 41-year old veteran stepped up in Vic Manuel’s absence, who is already assessed to be out for the conference.

Carrying the momentum gathered in the first half, the Aces kept on running with their fast offense to open up the third frame. Back-to-back hits in transition by Calvin Abueva maintained the Aces lead, while the Texters shot primarily from the perimeter and low-percentage attempts. Fonacier and Troy Rosario led TNT’s offense in the third, but had a tough time crawling back into the match due to the Aces’ firepower on the offensive end.

The game was practically over in the fourth period, as Alaska kept firing back on mini runs put up by Talk ‘N Text.

Eric Menk was hailed as the best player of match with 10 points and five rebounds. After the game, he mentioned his readiness to deliver in a do-or-die scenario. “Vic(Manuel) was our best player in All-Filipino. He went down last game and I’m the next man up. Everybody stepped up in a quarterfinal do-or-die”

In addition, he commended another all-around team performance in a blowout win. “It was a team effort for the usual suspects. We had a complicated defensive gameplan for TNT and we’re lucky to get through in Game Two and win tonight.”

As the final four cast is now complete, the Aces book a semis date with the Meralco Bolts, which will open on Monday, 7pm at the Big Dome. The other series will be the San Miguel Beermen and the Rain or Shine Elasto Painters.