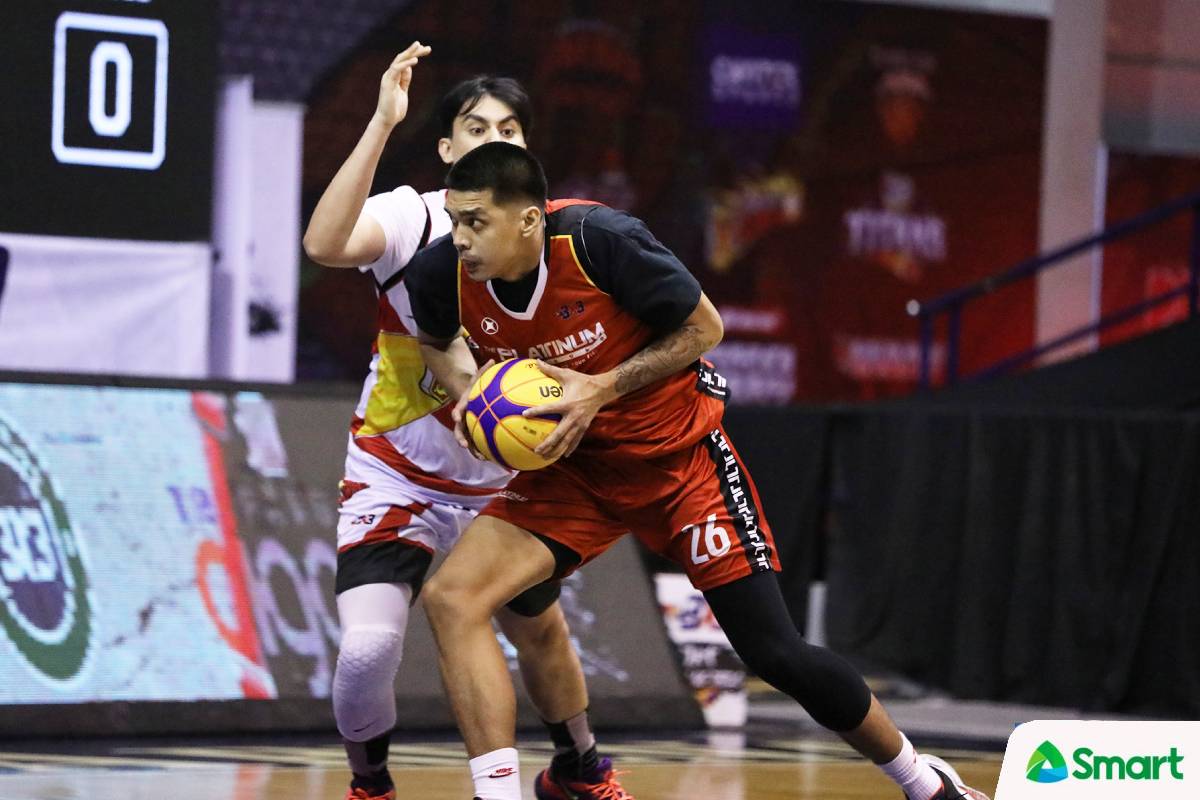 The 6-foot-5 big man shone the brightest in a battle of visibly spent squads, nailing the tie-breaking deuce from the left wing with 4.2 seconds left to help his side become the lone guest team to reach the penultimate round.

A squad made up of FIBA 3×3 veterans, Platinum bounced back from their loss to TNT in the final game of the group stages of the level four FIBA 3×3 tournament earlier in the day.

They will take on Meralco in the semis later. The Bolts qualified after dispatching sister team CAVITEX, 22-19, in the quarterfinals.

The other semis bracket, meanwhile, features Purefoods and another tourney favorite in the Tropang Giga in a rivalry that spills into the halfcourt game.

The Tender Juicy Titans were the first team to reach the semis as they dispatched Terrafirma in a nail-biter, 20-19.

TNT then followed suit as it beat Barangay Ginebra, 21-14, behind yet another game-clinching two-pointer from Almond Vosotros — similar to what he did to defeat Platinum in the eliminations to seal Pool A’s top spot.