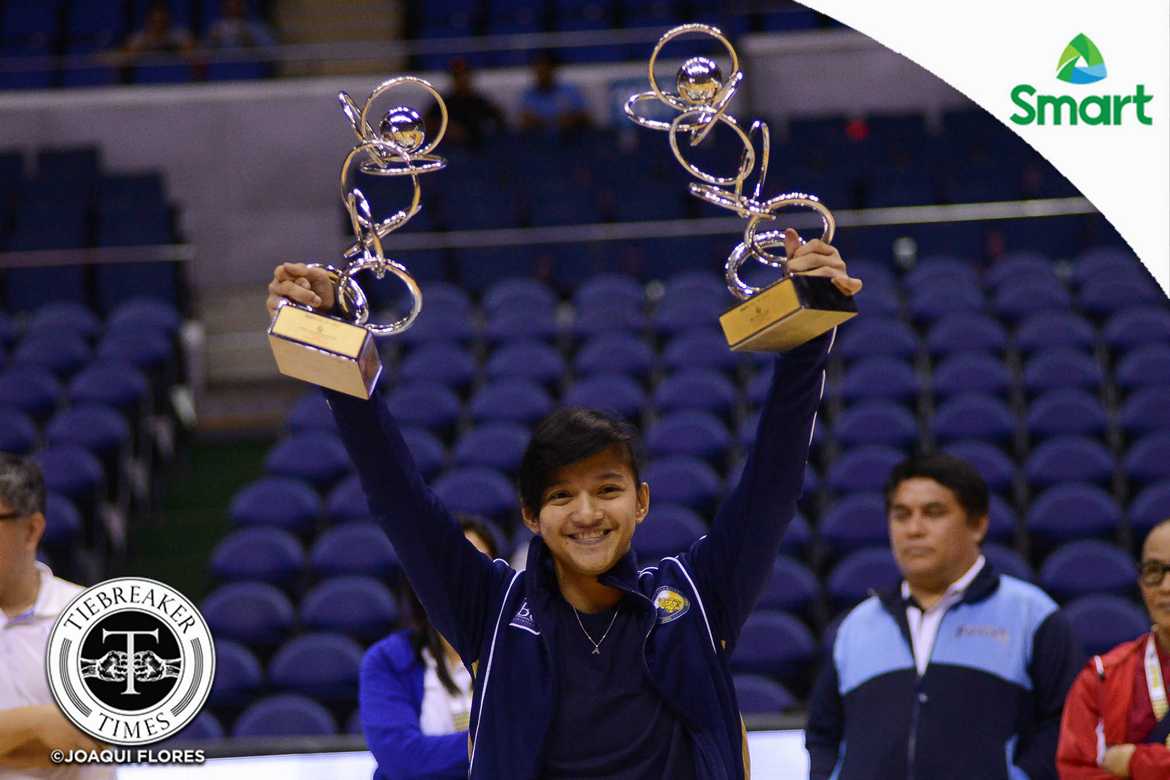 Afril Bernardino has accomplished pretty much everything in UAAP Women’s Basketball. The National University Lady Bulldog is a three-time UAAP gold medalist, a multiple-time MVP, and a Mythical Five awardee.

She flirted with quadruple-doubles in her final year while helping lead the country to the top flight level of FIBA’s women’s division.

This Season 79 championship, however, was particularly sweet for Bernardino as they clinched it at the expense of the De La Salle University Lady Archers, who had beaten the Lady Bulldogs for the title last Season 76.

Now that her UAAP career is over, Bernardino has promised to finish her college degree in Financial Management at NU while keeping her basketball skills sharp. After that, though, is an ambitious plan to make it in the WNBA.

The Season 79 MVP has come a long way from when she first started. That realization isn’t lost on her.

For Aquino, Bernardino has a lot to improve before hopefully making it in what is perhaps the biggest basketball league in the world for women.

Philippine women’s basketball needs a star athlete to further its development. Bernardino could be that poster girl if she makes it in the United States of America.