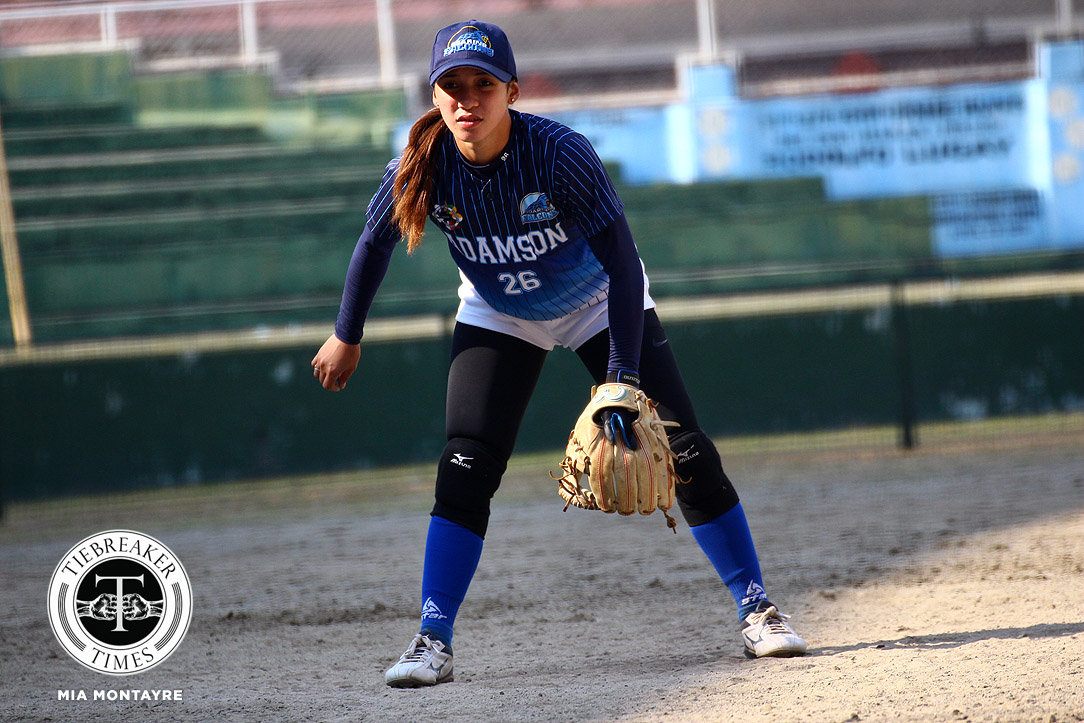 In what could be her last time facing off against her former team, one-and-done Lady Falcon Arianne Vallestero helped the Adamson University clinch top seed at the expense of her former team, the National University Lady Bulldogs, with a 9-2 4th inning mercy rule triumph, Thursday.

With a 9-1 slate, the Lady Falcons will enter the Final Four of the UAAP Season 81 Softball tournament as the top seed – a place the defending champions have held for the last nine years.

For the second straight game – or since losing a 0-3 decision to the UP Lady Maroons last Saturday – Santiago tinkered with her batting order, with Vallestero being set as the lead-off batter. The national team stalwart ended up going 1-of-2 at-bat while punching in two runs.

But it was not just Vallestero who was able to pick it up with the change.

And by the way things are going, it seems that Rusia has taken this challenge to heart.

Best pitcher-favorite Lyca Basa was once again superb on the mound, striking out four fourth-inning weathering a fourth inning NU surge that was sparked by a Mary Ramos triple.

NU dropped to a tie with UP for the last Final Four slot, as both teams are sporting 5-5 slates. This is the Lady Bulldogs’ third straight loss.

Adamson look to continue their momentum when they face the DLSU Green Batters on Saturday, March 16. NU, on the other hand, hope to keep their Final Four hopes alive when they take on the University of Santo Tomas on the same day.