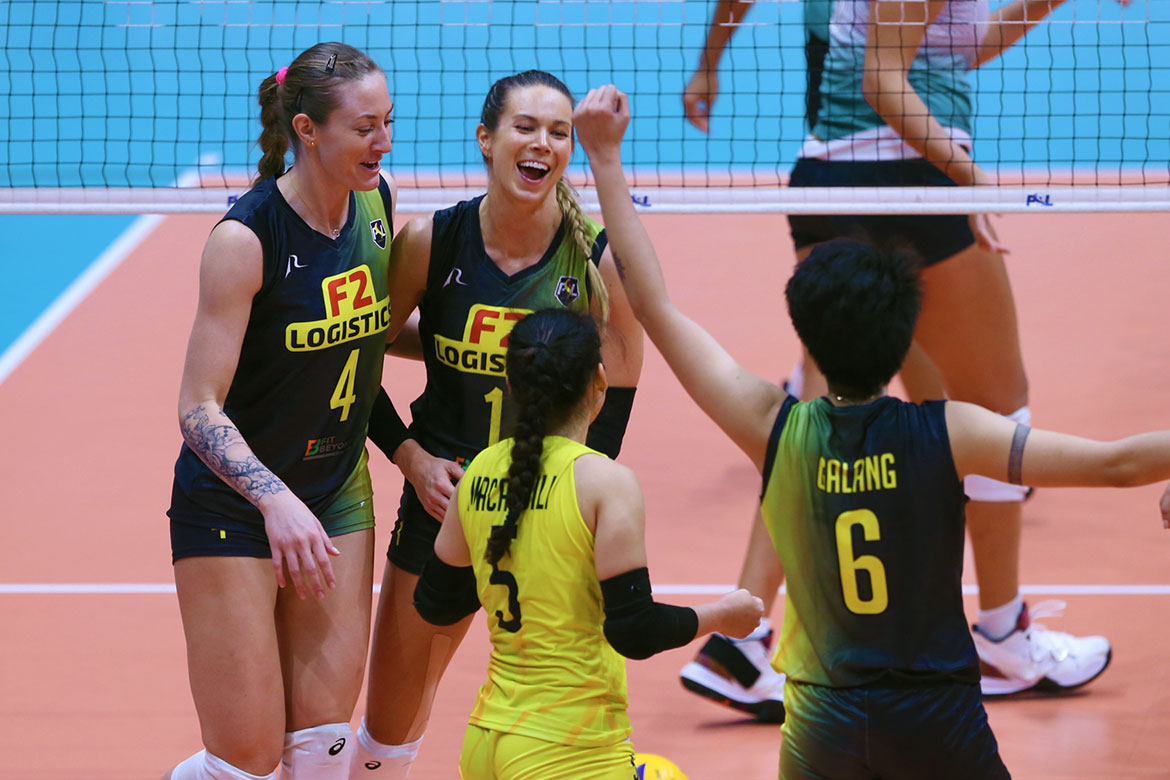 At this point, Lindsay Stalzer has played more matches in the Philippines than most locals.

Now in her sixth year in the Philippine Superliga, the Illinois native is still as prolific as when she debuted with Cignal HD in 2013. Stalzer powered the F2 Logistics Cargo Movers, her fourth PSL club, to a win in her debut, pounding UVC with 30 points, five of which came from blocks.

While the Cargo Movers had maintained a 2-0 slate as they waited for Stalzer to finish a commitment in Indonesia, three-time PSL champion head coach Ramil De Jesus was confident they would have lost easily to UVC had they not had Stalzer.

Stalzer, who arrived just this Sunday, was confident she was still in shape, despite only practicing with F2 Logistics twice.

“I was already at the very peak of the season in Indonesia, so I think my form and shape is pretty good right now,” said the two-time PSL MVP.

“It’s just a matter of connecting with my teammates and they’ve been super awesome.”

Safe to say, Stalzer is familiar with F2 Logistics.

Just two months ago, Stalzer powered Petron over the Cargo Movers in the Grand Prix Finals. Although they were heated rivals just a year ago, Stalzer is glad to have received a warm welcome from F2 Logistics.

“It’s a little different. They train differently, but the style of play is the same. The culture, the Filipino style is the same. I really love the energy that everybody brings to the court and games,” she said.

“The girls make me feel welcome already. I wasn’t sure if they would accept me. They’ve been great.”

At 34 years old, Stalzer cannot help but think of the next chapter of her life. Before she hangs up her shoes, she wants to win one more title.

“I’m probably close to the end. I want to get one more championship and maybe I can retire. Hopefully, I win one here.”