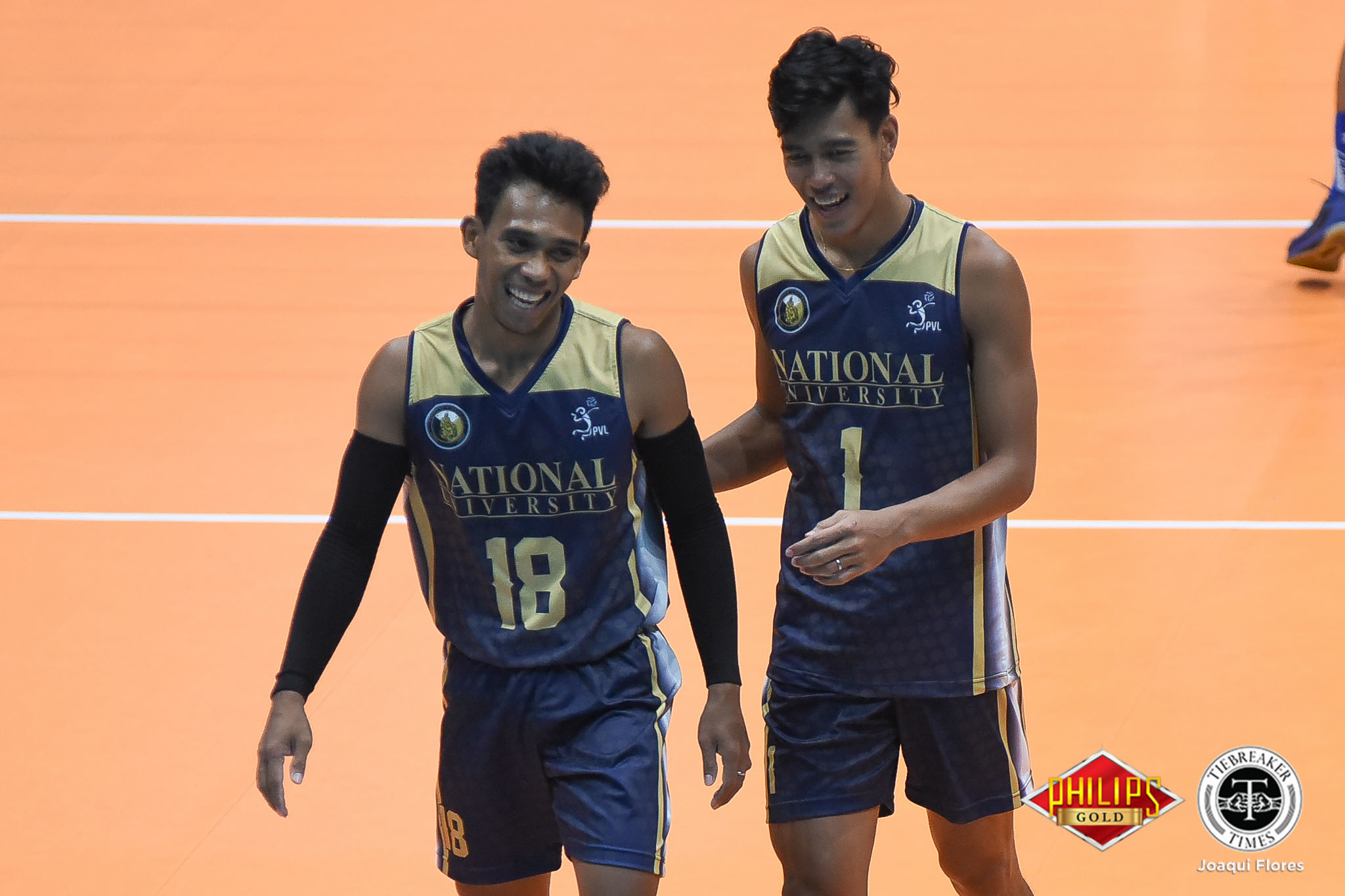 Wing spikers Bryan Bagunas and Madz Gampong paced the Bustillos-based spikers, finishing both with 16 points, but it was again their service reception that sealed the deal for the side. Libero Ricky Marcos and Bagunas led the squad with 15 and 12 on-point first balls.

National U had to fend off the Tigers in the second set to prevent a two-set deficit. UST squandered the golden chance to take the initiative, as back-to-back errors from Joshua Umandal – one from the serve and the following reception – followed by another reception miscue unfortunately doomed the España-based side.

The Bulldogs then used that momentum to eventually dominate the opponents in the following two sets, as Bagunas and Gampong finished it off for the UAAP kings.

Coach Alinsunurin hopes that his squad will finish it off in Wednesday’s Game Two.

Manuel Medina ended with 17 points to pace the Tigers.

Both Game Twos are scheduled on Wednesday. The third-place playoff is at 10 am, while the Bulldogs will go for the gold at 11 am.