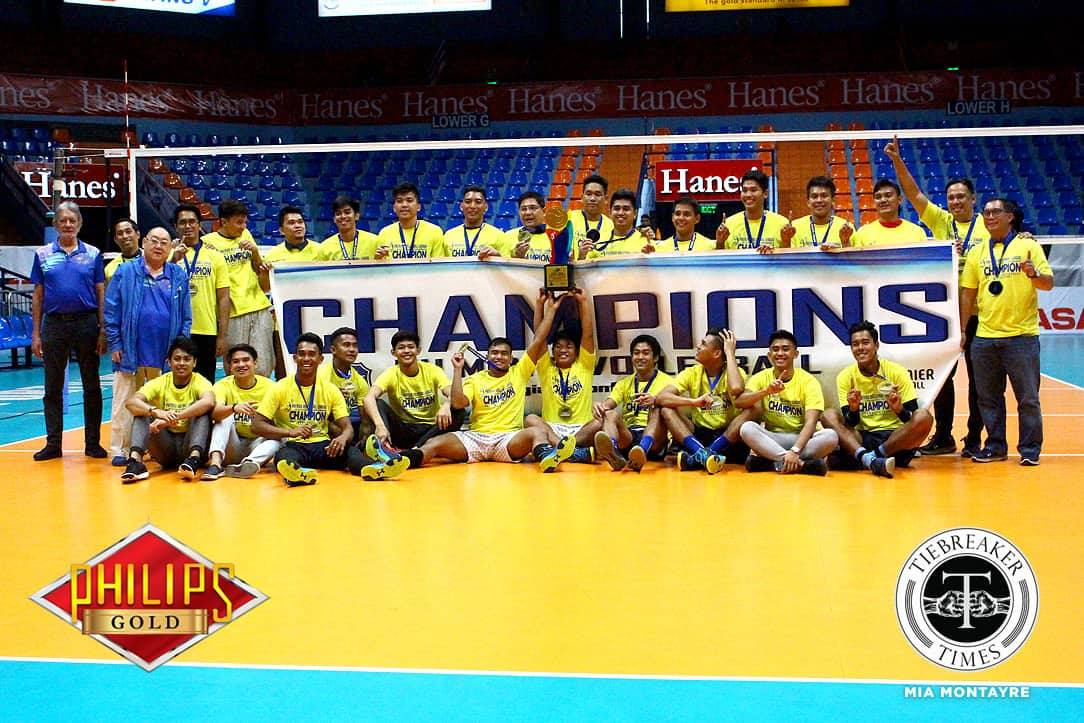 National University finally got one in the Premier Volleyball League Collegiate Conference.

The NU Bulldogs added the title to their impressive résumé after pulling off an even more convincing demolition of last year’s bronze medalists University of Santo Tomas Tiger Spikers in just a little more than an hour, 25-21, 25-18, 25-14.

Outside hitter Bryan Bagunas made sure that the crown would be heading to their side of Sampaloc after decimating the Tigers’ defense with 20 points, 18 coming from attacks along with two blocks. Fellow pin hitters Madz Gampong and Nico Almendras finished with 11 and 10 markers, respectively, to pace the new PVL champions.

However, beyond their offense, it was the determination from the Bulldogs that really showed in this game, as they proved once more that defense wins championships. NU plucked 15 blocks in this contest, with Almedras manning the net with a solid seven-rejection output. Gampong even added four to the total.

The blue-shirts also had a great showing on the floor, as they ended with 38 digs on 76 attempts, and their respectable 27-of-43 clip on reception made it easier for setter Kim Dayandante to set their attacks.

This rousing win was enough for the National U spikers to finally show that killer instinct that the coaching staff was looking for.

Rookie Genesis Redido showed his wares after leading the Tiger Spikers with 11 markers.

JP Bugoan took charge for the last year’s runners-up with 22 points en route to taking the bronze this season.