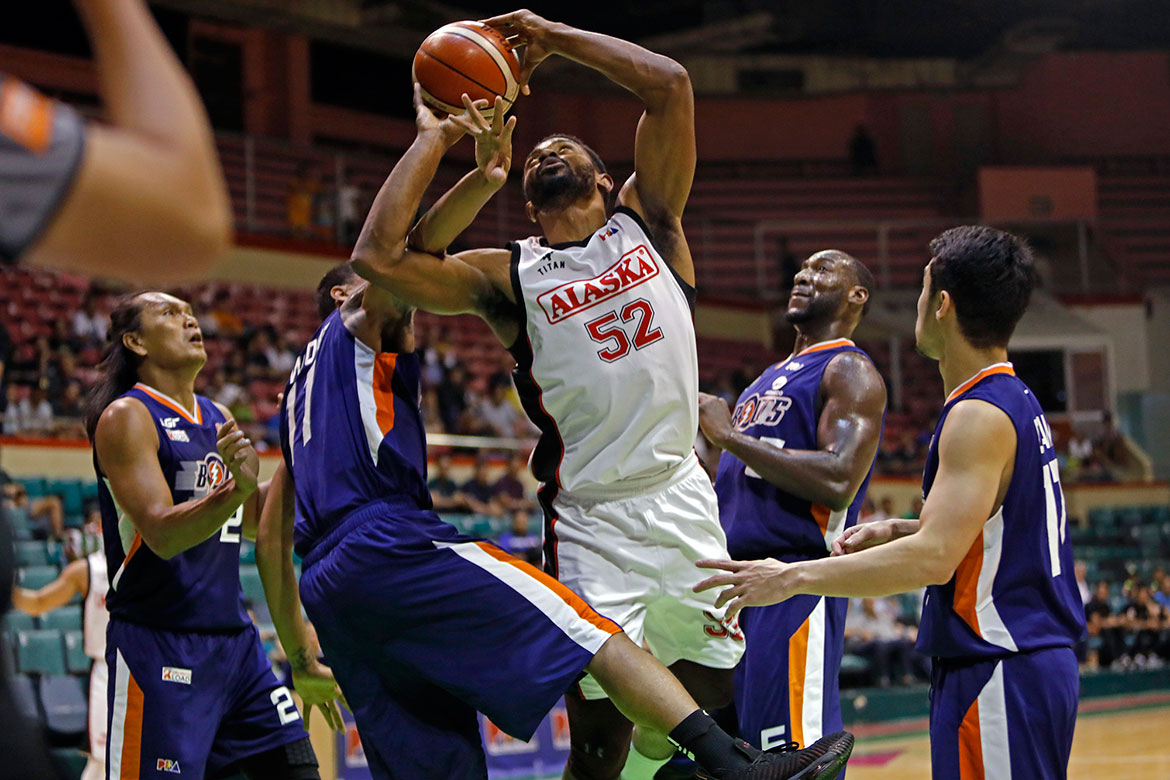 Mike Harris showed why he leads the 2018 PBA Governors’ Cup Best Import award race, as he took over late and lifted the Alaska Aces to a 104-102 victory over the Meralco Bolts in Game Three of the semis, Thursday at Cuneta Astrodome.

The 6-foot-5 forward scored his team’s last nine points – highlighted by two three-point play conversions and the game-sealing split in the final 9.6 ticks – to bring Alaska that much closer to their first Finals trip since the 2016 Commissioner’s Cup.

“Mike’s awesome … He just plays great basketball,” lauded Aces head coach Alex Compton. “He’s so strong because he works so hard in his body. He’s an absolute animal about how he works in his body. He really works on it.”

Simon Enciso poured in 17 points – 11 in the final frame – built on four triples alongside five assists. Chris Banchero had 17 markers as well with six rebounds, while Noy Baclao contributed 11 markers on 5-of-8 shooting.

Allen Durham had 37 points, 13 boards, and eight assists for the Bolts, who once held an 11-point lead in the third. The two-time defending Governors’ Cup Best Import was Meralco’s lifeline during Alaska’s onslaught. He had a chance to send the match into overtime, but his point-blank shot was overcooked.

Reynel Hugnatan had 19 points, five rebounds, and five assists. Chris Newsome produced 18 points and five boards. Baser Amer only had 11 markers on 5-of-10 shooting as he was held scoreless in the fourth quarter.

READ  Mike Harris downplays skid-ending performance: 'Today was just one of those days'

The Aces will look to formally book their Finals trip in Game Four of the best-of-five series this Saturday, November 17, still at the Astrodome.