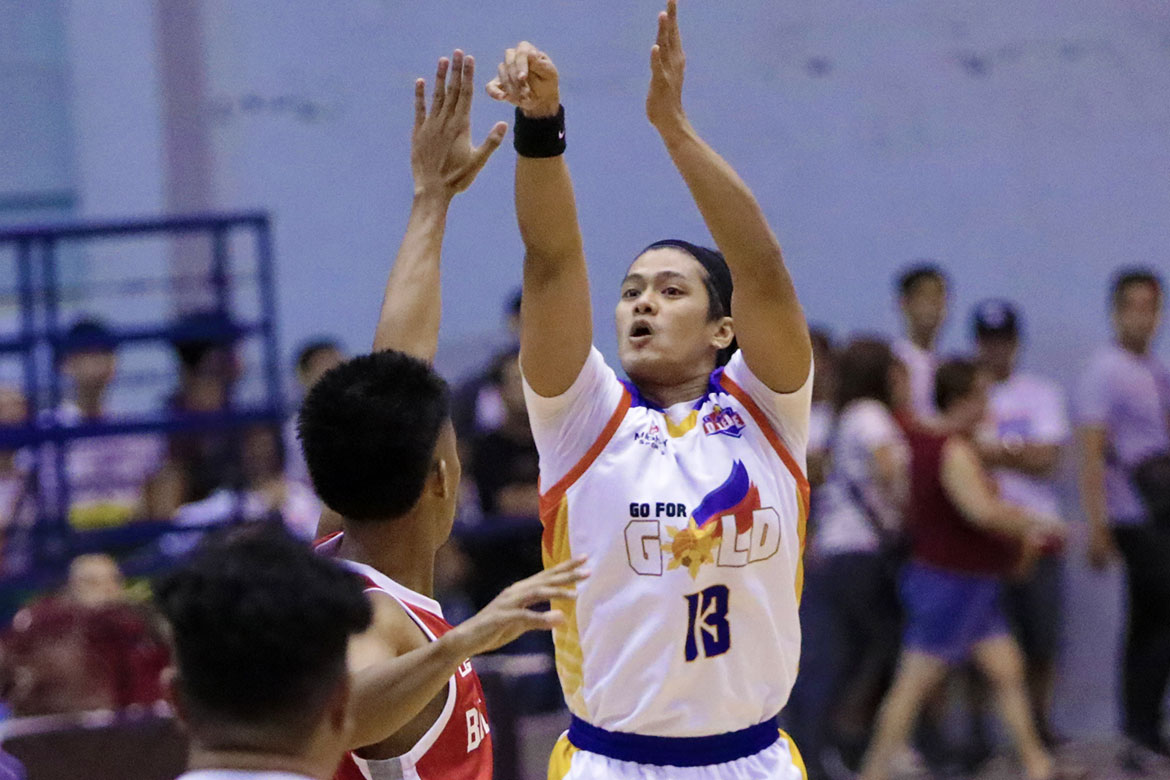 The Go for Gold Scratchers held off a late flurry from Team Batangas to come away with an 88-75 victory in the 2018 PBA D-League Foundation Cup, Monday at Ynares Sports Arena in Pasig.

James Martinez’ 18 points allowed the Scratchers to build a 19-point wall in the third quarter, 63-44, which was enough to withstand the Generals’ late flurry that cut the lead down to as low as 11, 80-69.

Ron Dennison added 10 points and five boards. Gab Banal wound up with nine points and 12 rebounds, and Jerwin Gaco got nine and eight.

Coach Charles Tiu, however, remains unsatisfied with how his team performed, noting that Go for Gold had pulled through with the win because of the players’ individual talents.

“It’s probably only our fourth time to play as a complete team and we haven’t been practing because of the individual commitments of the players,” he said.

“We know what we can do. Unfortunately, we’re still far from that. It’s a given that we have the talent in this team, so the challenge for us is to have more practice time to get familiar with each other and learn to play the proper way,” the youthful mentor added.

The Scratchers exploited their depth, ruling the bench production, 48-26.

Cedric de Joya powered Batangas in the losing cause with his 18 points, three rebounds, and two assists.

#ReadMore  'Brothers' CJ Perez, MJ Ayaay glad to play each other in the pros