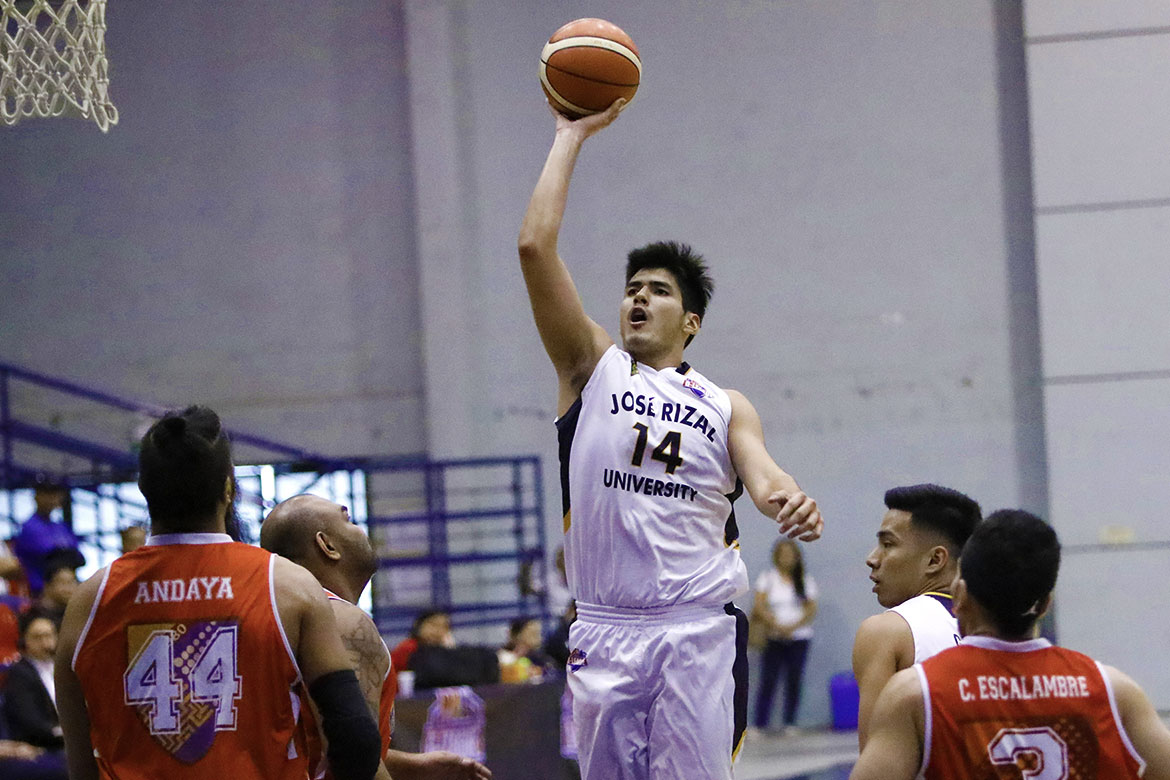 The Jose Rizal University Heavy Bombers finally put an end to their demise, stopping their losing streak at eight with a huge 98-87 win against the AMA Online Education Titans, Monday afternoon at the Ynares Sports Arena in Pasig.

Paolo Pontejos took matters into his own hands late, dropping seven of his 17 points in the last seven minutes of the game as the Heavy Bombers staved off the late rally from the Titans.

Kris Porter paced JRU with 21 markers and six rebounds, while Ervin Grospe and Jeckster Apinan both registered an identical 17-point and five-rebound statline.

With both teams having nothing to lose, it was the Heavy Bombers who took the baton and started the game hot, starting the game on a 16-5 tear before erecting a lead as high as 20, 59-39 early in the third period.

Robbie Manalang and Carlo Escalambre fought back for AMA, cutting the deficit down to seven, 81-74, with 7:19 left, but Pontejos was there to quash the comeback bid and secure JRU’s second win in 10 outings.

The Heavy Bombers claim 10th place with their 2-8 card, and send the Titans down the cellar with Batangas-EAC at 1-8.

Manalang finished with 26 points and three assists in the defeat, while Escalambre contributed 21 markers and eight boards.