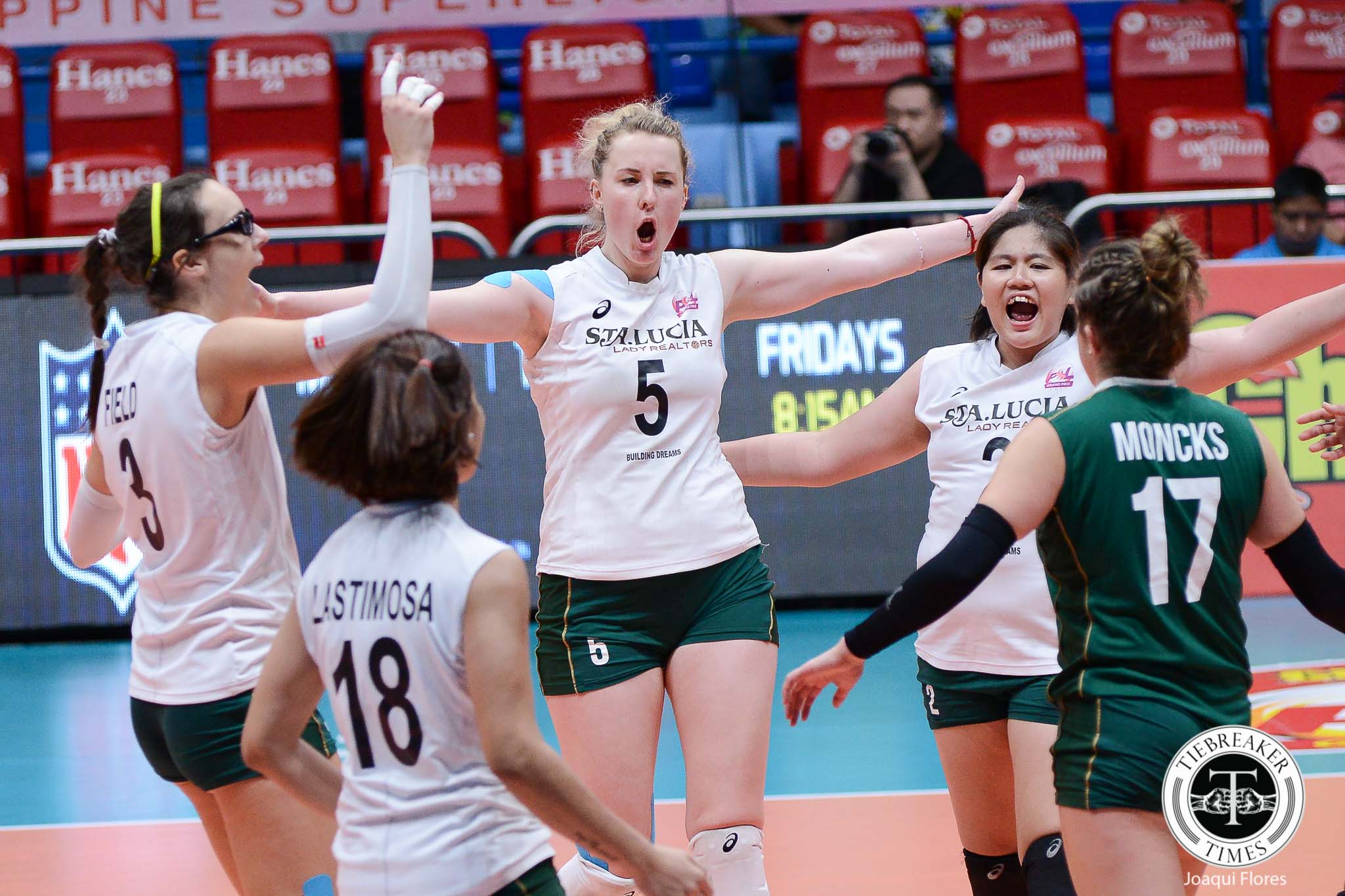 Finding themselves in a two-set hole, the Sta. Lucia Lady Realtors found their groove late and slammed the Cocolife Asset Managers, 23-25, 22-25, 25-12, 25-23, 15-7, for their second win in seven games in the 2017 Chooks-to-Go Philippine Superliga Grand Prix at the FilOil Flying V Centre.

The Lady Realtors showed early on that they had a comeback in them. Cocolife started each of the first two sets on fire, taking a 17-12 lead in the first frame then an 8-1 start in the second set. However, Sta. Lucia kept rallying back before each set ended.

They finally translated all that momentum in the third frame, as they caught Cocolife off-guard and building a 12-4 cushion to extend the match. Cocolife nearly ended the game in the fourth frame, edging ahead 22-20 after a pair of Sta. Lucia errors. But the Lady Realtors mustered a 4-0 run capped by import Bohdana Anisova to almost force a fifth set, 24-22. Tai Manu-Olevao found a hit late to threaten to force a deuce. Anisova responded with a hammer for a decider.

Any vigor Cocolife had early in the match dissipated by the final set. A slim 7-6 Sta. Lucia advantage erupted into a 13-6 gap, with Cocolife struggling to score. The match ended with Marisa Field roofing veteran Nene Bautista, representing just how much the Asset Managers’ offense had stalled.

“The way our tournament is formatted, laging may chance pa tayo kahit nasa baba ka ng standings. We just wanted to improve our record and try to get some momentum,” added the former UP Lady Maroons tactician.

Ukranian reinforcement Anisova topped Sta. Lucia with a season-high 35 points, followed by Field, who came back from a two-week absence due to an ankle injury and had 20 markers.

Manu-Olevao led Cocolife with 30 points, while Taylor Milton struggled on receive but had 13 markers.

Sta. Lucia (2-5) will play their final elimination round game on Thursday against the Generika-Ayala Lifesavers (3-4). Cocolife (3-4) face the Petron Blaze Spikers (6-1) also on Thursday at the FilOil Flying V Centre.

UAAP looks to summon select Green Archers prior to Game 2