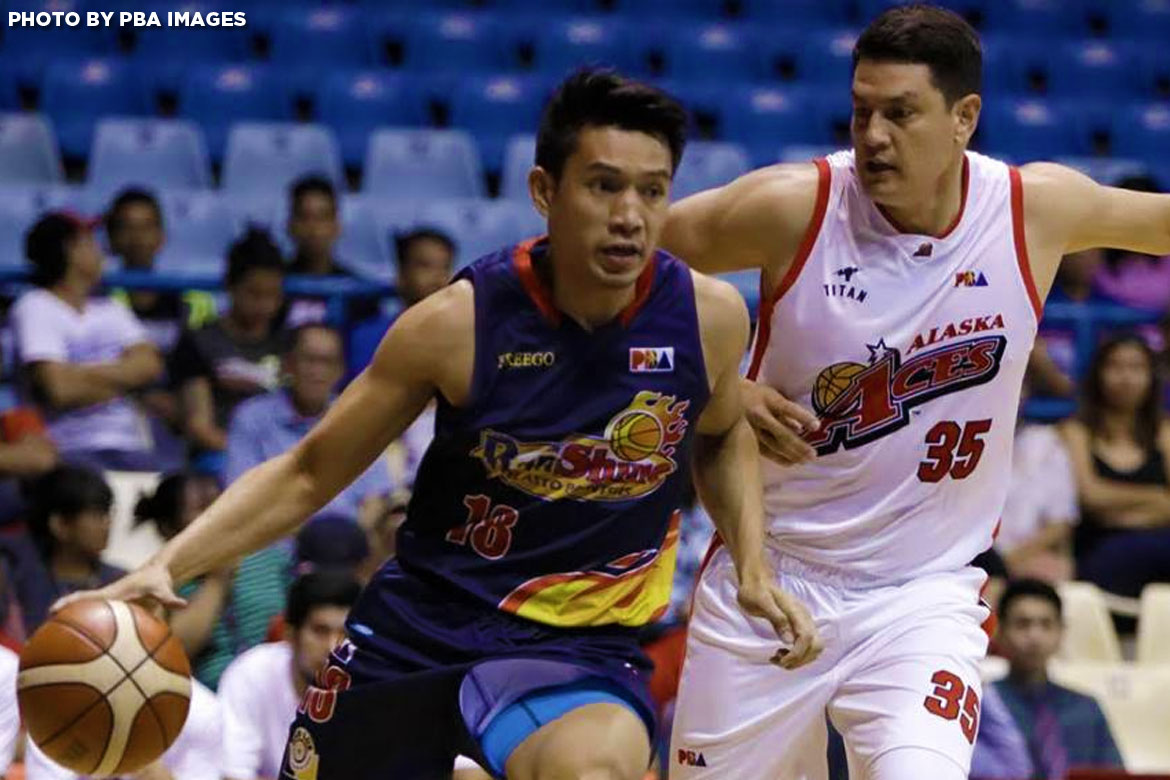 Even the looming exit of veterans Dondon Hontiveros and Tony Dela Cruz did not seem to inspire the Alaska Acesm as they received a brutal beating from the Rain or Shine Elasto Painters, 112-82, Wednesday at the Ynares Center in Antipolo.

The Elasto Painters have now improved to 7-4, giving themselves a better chance of making it into the Top Four. The Aces, on the other hand, finished their 2017 Governor’s Cup campaign with a dismal 3-8 card.

“We needed a game like this going into the next game against Blackwater for we still have a chance in the Top Four,” said RoS coach Caloy Garcia. “We’re also lucky that they didn’t have Sonny Thoss, Calvin Abueva, and Chris Banchero.

“I just told my players na everybody has to be on the same page,” he added.

Everybody from Rain or Shine except Jewel Ponferrada scored at least two in the victory. J’Nathan Bullock led his team with 14 markers and four rebounds, while Beau Belga and Jericho Cruz each produced 12 points.

It was already a one-sided affair in favor of the Elasto Painters late in the first half. A pair of made free throws by rookie Ed Daquioag propelled the team in blue to the game’s first 20-point lead, 57-37, with 2:42 in the second chapter.

The game was already out of reach for the Milkmen when Rain or Shine were able to inflate their cushion to as much as 37 points, 98-61, after Ronnie Matias’ putback lay-up with just 9:47 left in the final canto.

LaDontae Henton led Alaska with 20 points and seven rebounds, while Dela Cruz scored 12 and added six boards. Hontiveros made just two points in what could probably be his final game in the pro league after 17 years.

RoS shot 43 percent from the floor, with 13 of their shots coming from beyond the arc. They also owned the battle of the boards, 61-49. Moreover, their defense forced Alaska to 36 percent shooting and 18 turnovers.

Rain or Shine will look to conclude their elimination round campaign on a winning note as they face Henry Walker and the Blackwater Elite this Saturday, September 23, 3:00 PM at the SMART Araneta Coliseum.

Down in the doldrums of the PBA Commissioner’s Cup amidst a five-game losing streak, NLEX came alive, got back on track, and stayed in...