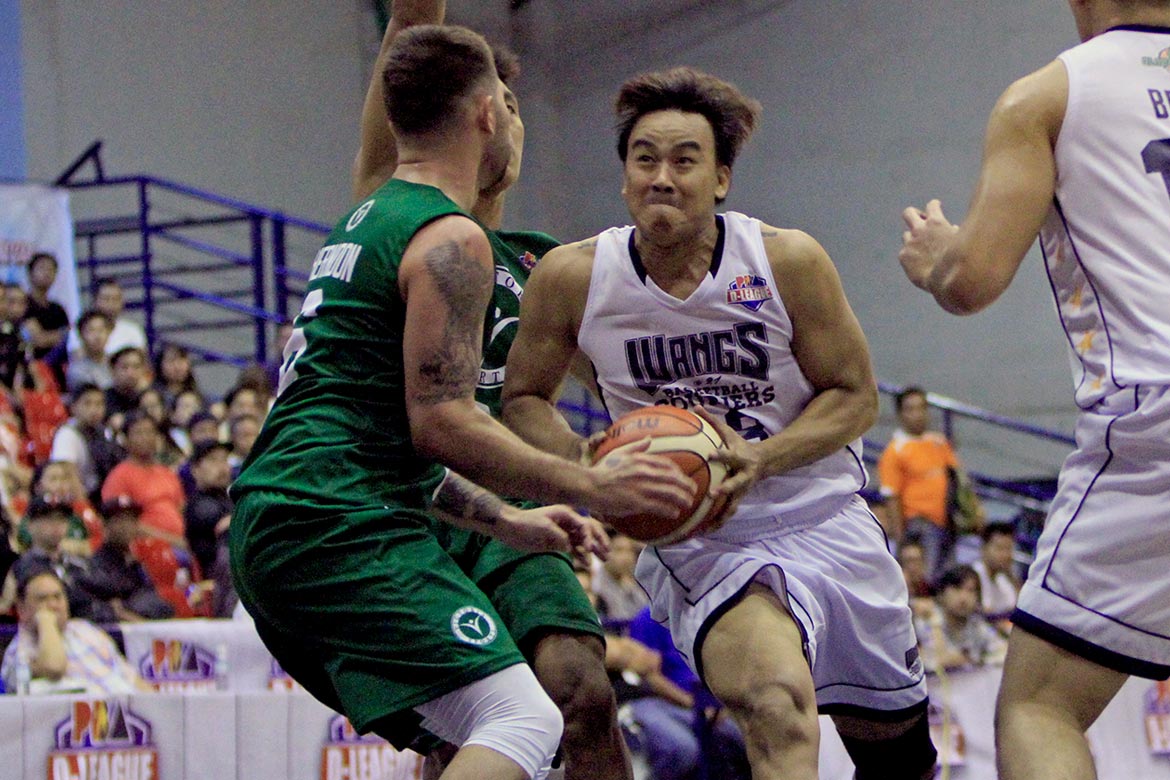 The Wangs Basketball Couriers lost hold of a 21-point first half lead but recovered late to score a 92-83 win over the debuting Victoria Sports-MLQU Stallions, Thursday evening at the Ynares Sports Arena in Pasig City.

Marlon Gomez registered a double-double with 17 markers and 13 boards, to go with three assists in the win, while Rey Publico added 14 points and six rebounds.

Von Tambeling set the tone early, unloading 12 of his 17 points in the first half as the Couriers raced to a 49-28 lead.

Robbie Herndon led the second half rally, cutting the deficit to five, 72-67, with 7:12 in the fourth, but Wangs did just enough to secure the victory in the endgame.

“The win is because of our early preparation. We had communication both on offense and defense and maganda kasi nakapag-execute kami,” said coach Pablo Lucas.

Though Victoria Sports knocked down 10 triples in the game compared to Wangs’ four, the Couriers were able to get to the stripe 34 times, converting on 24, to negate the Stallions’ advantage.

Herndon led Victoria Sports with 19 points and 10 rebounds, while John Ragasa had 16 markers in the defeat.

Wang’s Basketball will try to post back-to-back wins against the Tanduay Rhum Masters (0-1) on Monday, January 30. Victoria Sports, on the other hand, will look to bounce back versus Team Batangas (0-2) on Tuesday, January 31. Both matches are set at 3:00 PM and will be played still at Ynares Arena.

Paul Lee taking it one tough task at a time