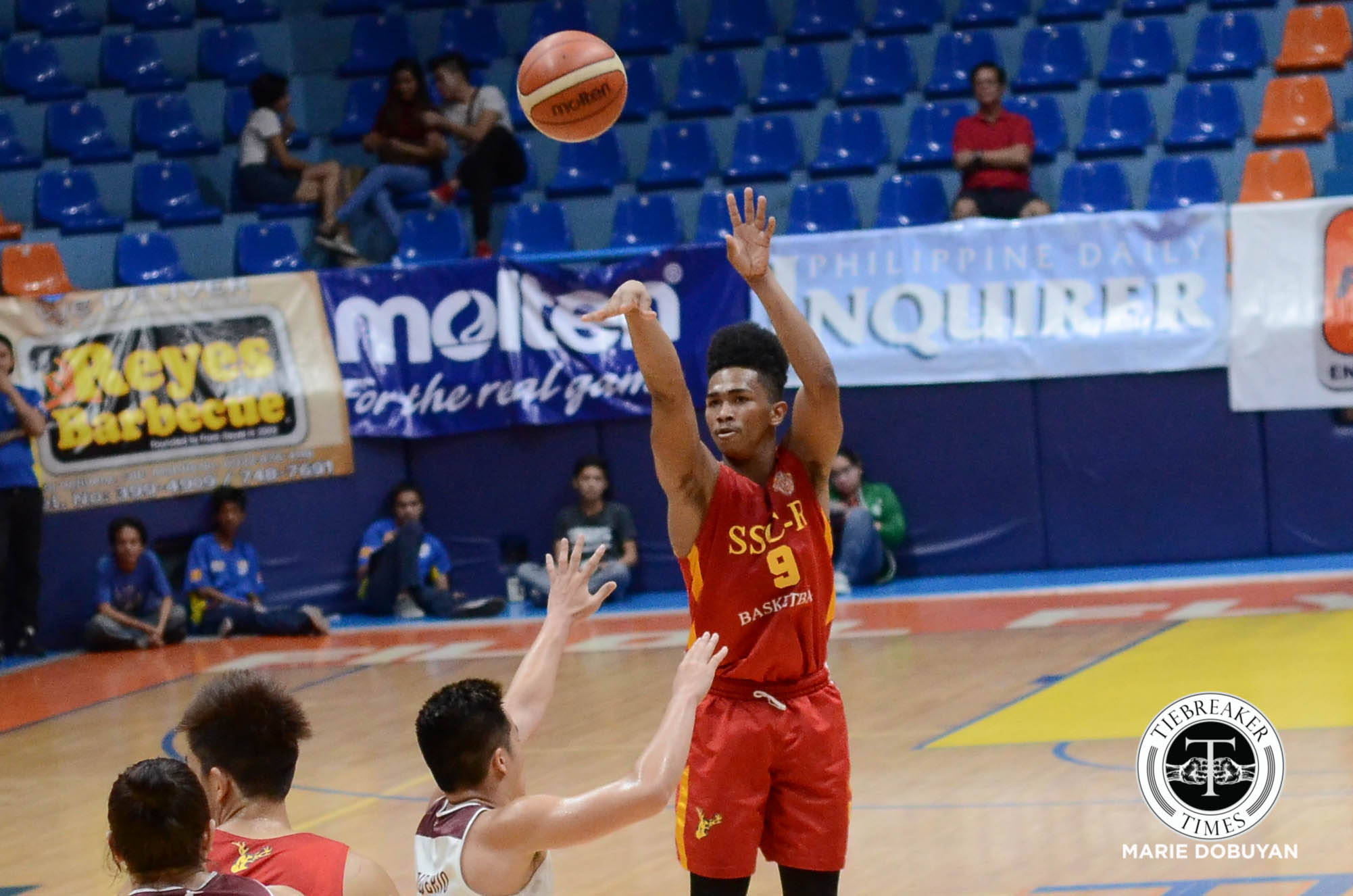 In a match of playoff implications, NCAA’s San Sebastian College Recolletos pulled off a defensive clinic.

That hard-nose defense frustrated the University of the Philippines in the last three quarters earning the Golden Stags a place in the elite eight after a huge 64-51 blowout, Wednesday afternoon at the FilOil Flying V Centre.

The win also put the Stags in solo first of the group at 5-1 win-loss record. State U slipped to 4-2.

Head coach Egay Macaraya, however, would not consider this a statement win. “As I’ve always said, hindi naman, I don’t what to comment on that,” he shared. “What is important was we work as a team.

“Everybody was stepping up, and we played good defense in the second half,” the second-year San Sebastian mentor noted.

RK Ilagan finished with 14 points and three rebounds. However, it was Jason David’s 13 markers in crucial stretches of the game sealed the deal for the Recto-based squad.

The Maroons heated up early with Diego Dario pacing the squad with three triples, ending the first quarter in the lead at 20-12.

From there, the Stags took over and limited the Diliman-based side to only 14 points, while scoring 22 with Ilagan hitting the mark at 80 percent shooting from the outside.

San Sebastian zoomed to a 17-0 run in the third quarter and never looked back. Starting point guard Ryan Costelo scored nine points in the rally wile Jason David closed it out at 48-34 with 5:47 left in the game.

David then put on the finishing touches with back-to-back triples to put the lead at a fairly comfortable 16-point gap, 67-49, 3:02 remaining.

Malian student-athlete Ibrahim Quattara finished with 14 points and 12 rebounds. Paul Desiderio, who played for Macaraya in the D-League, registered just two markers, both off free throws.

The Stags will take on Far Eastern University (5-1) on Monday, June 12 at 11:15 am, while the Maroons will battle Arellano University in the following match at 1:30 pm.

With Phelps’ return, Vanguardia hopes to get that elusive playoff win