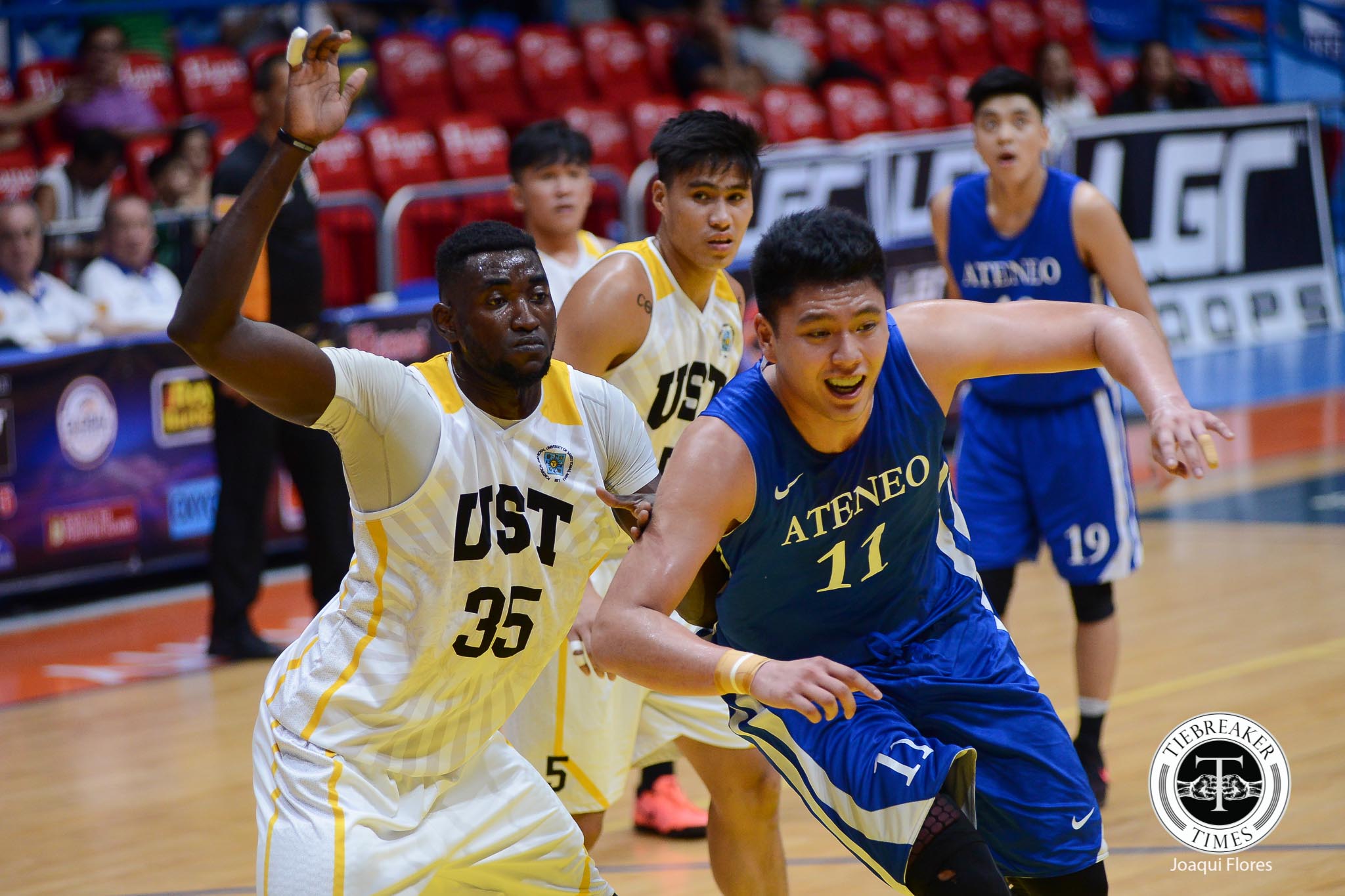 It took three games in five days, but the Ateneo de Manila University Blue Eagles have finally picked up their first win in Group A in the 2017 Filoil Flying V Premier Cup. And it was the most dominant outing of the Blue Eagles so far, as they scored a wire-to-wire 89-72 win over the University of Santo Tomas Golden Tigers Friday night.

“We’re just a work on progress as is everybody right now,” said second-year Ateneo head coach Tab Baldwin, as he is focused on working on the intricacies of his system for this tournament.

“I don’t take stock very much on the results. We’re just looking at the details on how we play. Our system is very immature right now,” the American-Kiwi mentor admitted.

And for the third straight game, it was Mike Nieto who paced the Blue Eagles. The incoming junior scored 15 markers on 6-for-10 shooting, 2-for-4 from distance. Last season’s Most Improved Player Isaac Go added 10 points in 18 minutes of action.

Ateneo led by as much as 25 points in the game, 63-38, after back-to-back baskets by Chibueze Ikeh in the third fame.

A basket by transferee Carlo Escalambre in the final frame cut the lead to 13, 81-68, during the final frame but a Go and-one and back-to-back baskets by Kris Porter broke UST’s momentum.

Jazul proves worth in crucial win over Globalport