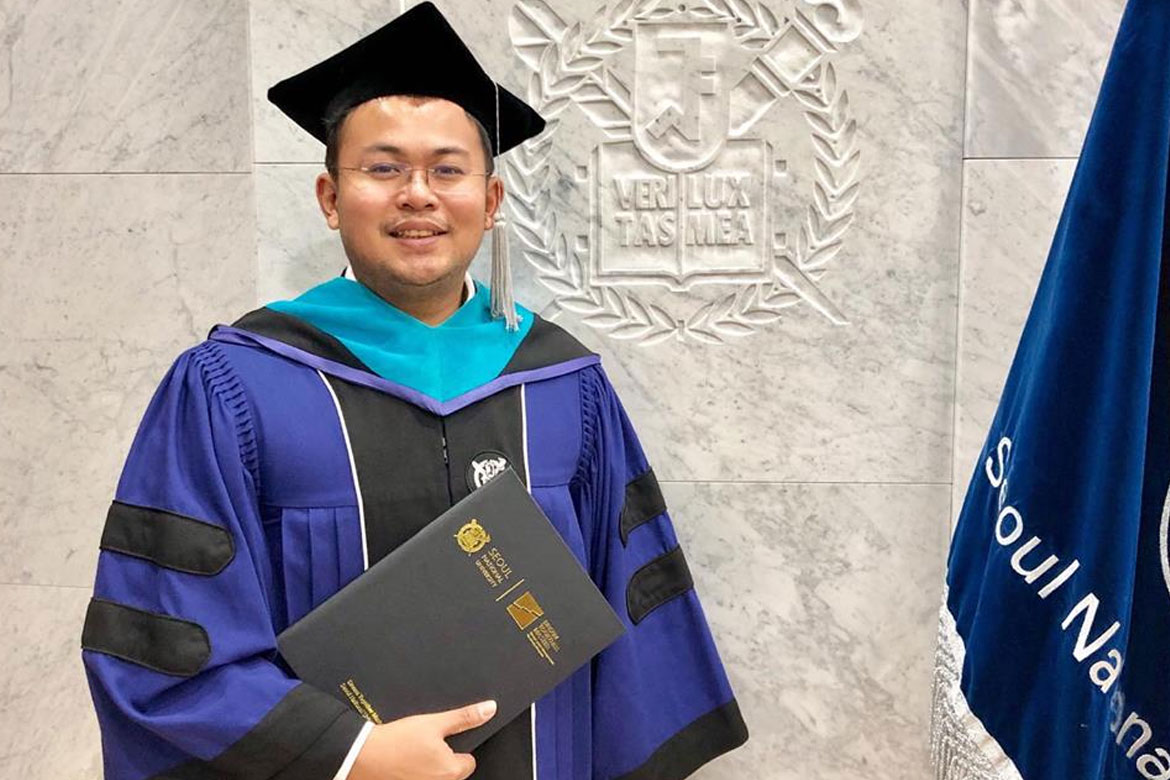 A former UAAP champion judoka took his battle back to the classroom and successfully took it down.

The native of Tugegarao is the second Filipino to finish with this degree, after TBT contributor Aldo Tong finished the course last year.

It took Reyes 17 months to finish the grueling yet fulfilling program.

Reyes finished his undergraduate studies at the Ateneo de Manila University with a Bachelor’s degree in Computer Science in 2009.

During that time, Reyes also competed for the Blue Eagles in the sport of Judo. He ended his stellar athletic career with three championships. In 2010, he was also hailed as Ateneo’s Athlete of the Year, co-sharing the award with Nonoy Baclao.

Though retiring from the sport completely in 2011, Reyes continued to help develop the next generation of Blue Judokas while running an Information Technology company.

In 2013, he helped found Tiebreaker Times.

At the end of the day, the time he spent away from his family and his endeavors proved to be worth it.